I enjoy cooking, but I rarely have time to do it during the week thanks to a long commute.  Whenever I get a chance on the week-ends, I really enjoy either tweaking existing recipes or inventing new ones.  Tonight I invented a new one and I’m really pleased with it.
My new invention is for bone-in pork chops braised on the stove top with hard cider.  This recipe would work fine for 4 chops, but since it is just the two of us I only cooked two.  Actually, I wouldn't even call this a recipe since I rarely measure anything when I cook.  Think of it as more of a guideline.
I started by putting a glurg of olive oil in a skillet and tossing in some sliced yellow onions. I cooked them until they started to get soft, then added the chops that I had sprinkled with one of those “everything but the kitchen sink” spice mixes.  Once the chops had browned on one side I flipped them over and browned the other.  Then I took the chops and the onions out of the skillet. I used one bottle of hard cider (a single serve size bottle, not one of the huge ones) to deglaze the pan.
After the pan was deglazed I added in about a cup of organic chicken broth, then put the chops and the onions back in.  After that I chopped a granny smith apple into large chunks and added them to the skillet.   After the liquid started to boil, I dropped it down to a simmer, covered the pan and let it simmer away for a while.  Mine took about 20 minutes, but that will depend on how thick your chops are.  Be sure that your internal temperature gets to the acceptable level for food safety. 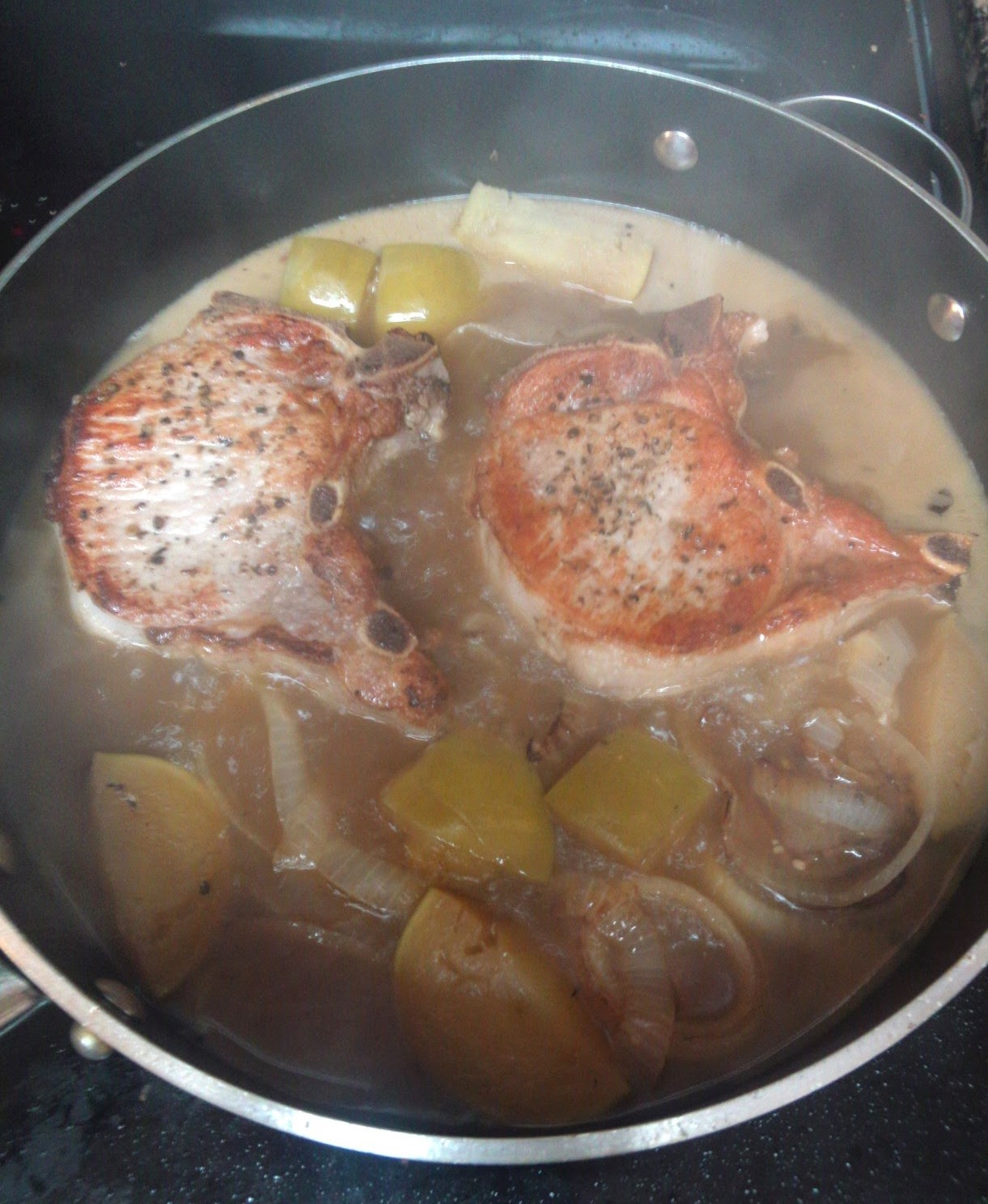 Pork chops simmering away
Once my chops were done I pulled out the chops, tented them with foil and let them rest. While they were resting I brought the rest of the stuff in the skillet back up to a good rolling boil.  While it was boiling (and thickening a bit) I mushed up the chunks of apple to get all of their goodness out.  After it got to the consistency I wanted I strained it through a fat separator.  Be sure to squish the apples and onions in the strainer to get all of the juices out.
The next step is the best part. Put the chops on your plate, top with sauce, and eat it up.
I was really pleased with this recipe.  The next time I make it I will probably add a little bit of butter to the sauce just before it is finished.  That will make the sauce a bit thicker and will add a bit more dimension to it. Otherwise, I think that the apple and pork flavors were well balanced.  It didn't have much onion flavor, which is how I like it. If you are an onion fan you can always add more onion, or serve the onion with the chops.  I tossed out my onions once the sauce was done since I just wanted the flavor of them. 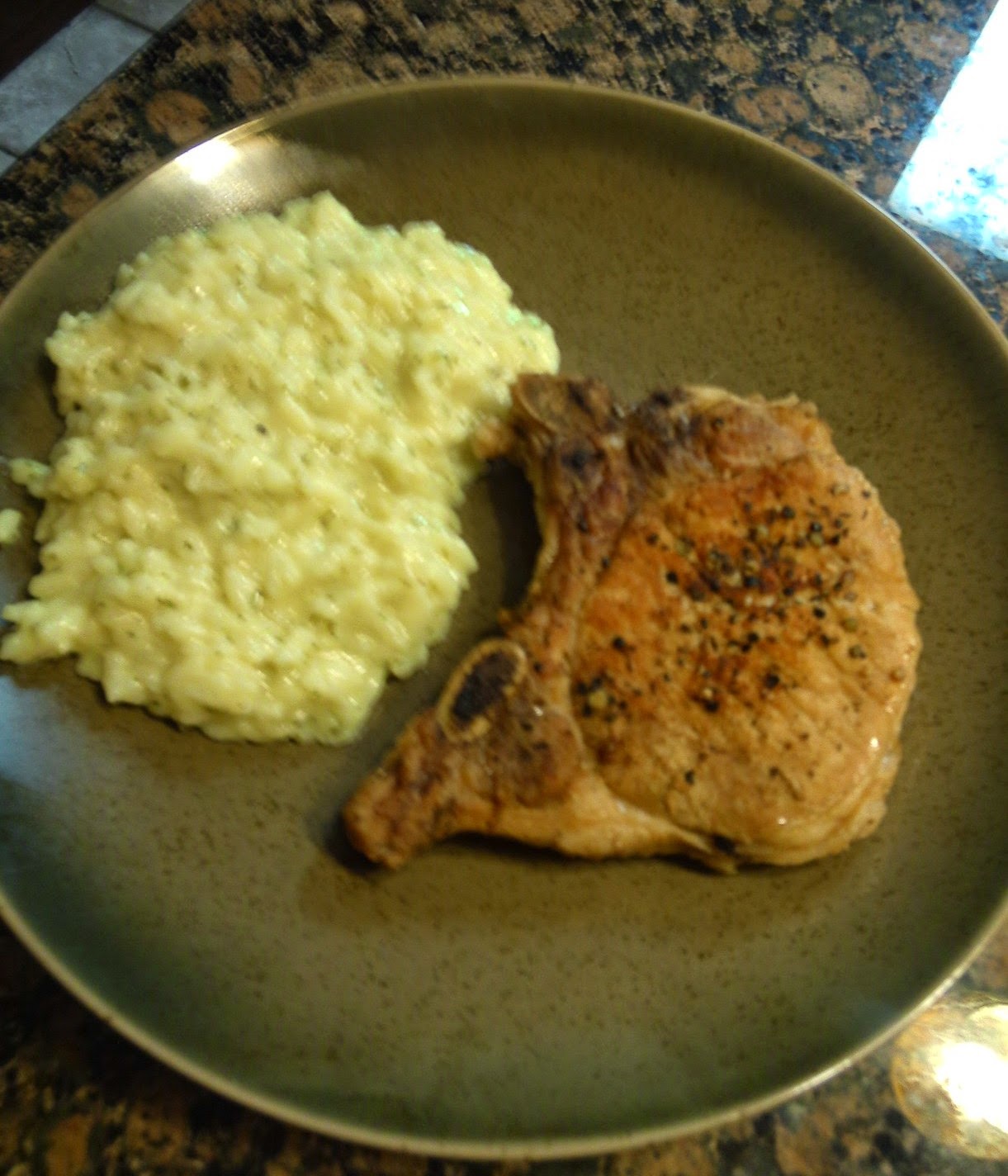 The finished product with risotto. This was before I poured sauce all over it.
Normal people would probably want to add a veggie.
My husband thinks I’m a genius and my dogs are following me around the house kissing me.  So, I think the whole family rates this new recipe as a winner!
Posted by Barcy at November 09, 2014 1 comment: